What to see in Trani and surroundings

The B&B Travel & Living is located in Trani and is 11 km from Corato so easy to reach if you want to visit Corato.To see in Corato: Palazzo di Città, Palazzo de Mattis, Tombs of San Magno, Dolmen dei Paladini.

Trani. Sea and sky are the background of a white cathedral, whose three apses recall the image of tapered organ pipes, which play melodies of ancient times: this is the fulcrum of Trani, the heart of the ancient city. Visitors still perceive its beats, echoes of a past that is told through streets, squares, buildings and monuments. Be sensitive and listen, this is what you need to do to be able to steal, even if only for a few moments, the voice of a city that relives its history every day in the memories that belong to it.

The most famous buildings and monuments of Trani are: The Cathedral, one of the most evocative in Italy, was built in honor of San Nicola Pellegrino, a Greek boy who died in Trani in the odor of holiness on 2 June 1094. The construction was begun in the same year of the canonization of the saint, in 1099, and was completed in 1143. Access to the interior of the church is possible through an open door on the south side. From here you enter the church of S. Maria, a long hall divided into three naves by twenty-two bare columns. Also from the church of the church of S. Maria, going down a few steps leads to the crypt of S. Nicola Pellegrino, designed in the 12th century and completed in 1142. Here the presence of thin and high Greek marble columns is striking, giving an impression of truly Byzantine levity.

The castle Its fortification works, carried out by Filippo Cinardo, count of Conversano and Acquaviva, and by Stefano di Romualdo Carabarese from Trani, were completed in 1249, as stated in an inscription on the north side, near the ancient door to the sea. . Favorite residence of Manfredi, son of Frederick II, who celebrated his second marriage there with the very young "princess who came from the sea", Elena d’Epiro, with the Angevins underwent further work, under the direction of Pierre d’Angicourt. In the fifteenth and sixteenth centuries it underwent disfigurements and additions, which brought it to its current configuration. With Charles V (16th century) the south wing was renovated. Currently, only the keep with three corner towers and the curtain facing the sea belong to the original Swabian nucleus; the part towards the city is characterized by the sixteenth-century intervention.

The church of All Saints Better known as the church of the Templars, it was built in the first half of the 12th century in the courtyard of the Templars' Hospital, to which it belonged until the order was suppressed. It overlooks the harbor and is recognizable by the small apses, decorated with a refined window. 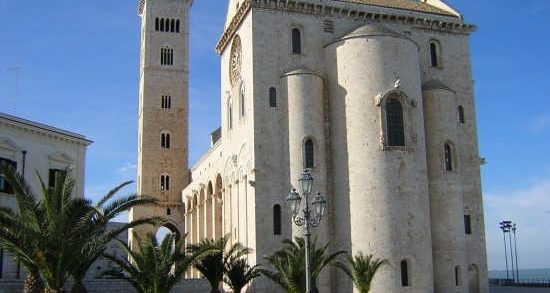 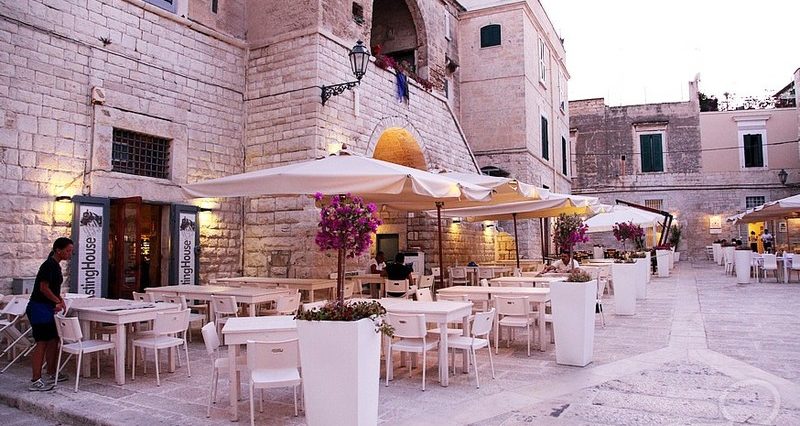 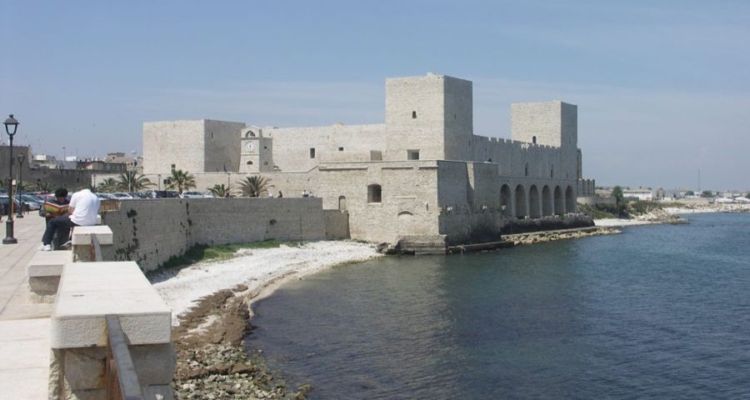 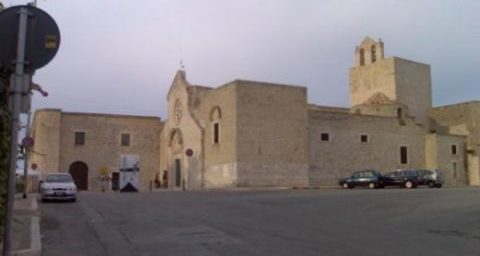 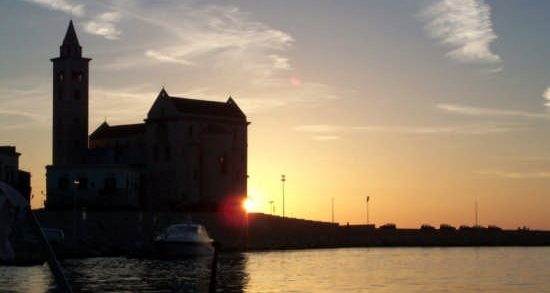 From Trani it is easy to reach the nearby cities equally rich in art, history, culture and entertainment. You can visit Andria , Bisceglie , Barletta , Molfetta . In particular in Molfetta you can visit the new Miragica playground for the enjoyment of young and old!

In the center of Trani, the B&B Travel & Living Certified Structure (CIS): BT11000961000012557 - 200 meters from the station and close to all points
strategic cultural and art, nightlife and services. All in a family context that will make you savor the dimension of home and the possibility of entering contact with the reality of our Puglia.
Travel and Living Theme | Bed and Breakfast Travel and Living